In the right direction 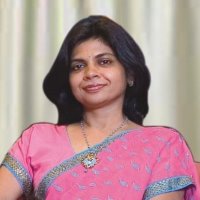 There is no question that the advent of mobile phones has been a game changer for financial service providers around the world. Through the delivery of innovative formal financial services such as mobile money, remittances apps, and others to low income populations worldwide, we have made great progress in creating access to basic financial services, connecting many millions of users to new money management tools and economic opportunities. But the spread of these services, their attractiveness, and their impact are not the same for all, especially when it comes to women.

Women continue to lag behind men globally in terms of access to formal bank accounts. An estimated 1.1 billion women are left out of the formal financial system — representing 55 per cent of the global population without access to banking services. In India, current statistics depicting the issue are sobering: one out of every four financially excluded women in the world is Indian, which adds up to 280 million women — or 62 per cent of the country’s female population — are not active users of the banking system and the benefits it provides.

Furthermore, the financial gender gap mirrors the broader digital divide that plagues our country. While there are more than a billion mobile connections in India, 250 million women in India do not own a mobile phone and less than 3 per cent own a smartphone.

Financial service providers understand that this financial gender gap is bad for business and they do not appear to discriminate or intentionally exclude female clients. Instead, small barriers, cultural signals, and incentives coalesce to make formal finance unappealing and impractical for many women in developing countries. In India, for example, most consumers associate smartphones primarily with entertainment and social media — a perception that, in many cases, challenges social norms and drives a gender divide in device ownership and data usage. Many men forbid their wives, daughters or sisters from owning a smartphone — or, in some cases, any kind of a phone — and many women have internalised these norms and are self-restrictive in their desire of owning a phone or using the Internet.

Bridging the financial gender gap will take an imaginative service design and delivery that accounts for the economic and social realities that are common among women. Small tweaks to existing offers can make a big difference, like adding flexible micro-financing to accounts to help women cover unexpected expenses and emergencies in their day-to-day management of the household finances — a common need, as women are generally tasked with backstopping and stretching the family budget; or easier requirements to reactivate dormant accounts, as women go through more life-altering changes through their journeys than men and tend to frequently move in and out of the workforce.

to be more horizontal, with their social circles being made up of women family members and women of similar socio-economic standing, so offering new products and delivering digital literacy tools through their social groups and apps they already use can encourage greater adoption and usage.

Moreover, mobile phones can be instrumental in providing women with easy access and privacy, high-valued attributes when it comes to with dealing with their finances. Providing them with relevant apps, such as household budget management, can help them access financial offerings such as savings accounts. It is time we elevate the conversation around the digital divide beyond entertainment and social networks — if do, we might be able to transform the mobile phone as an empowerment tool that can empower millions of women in India.