Lending a helping hand to elderly 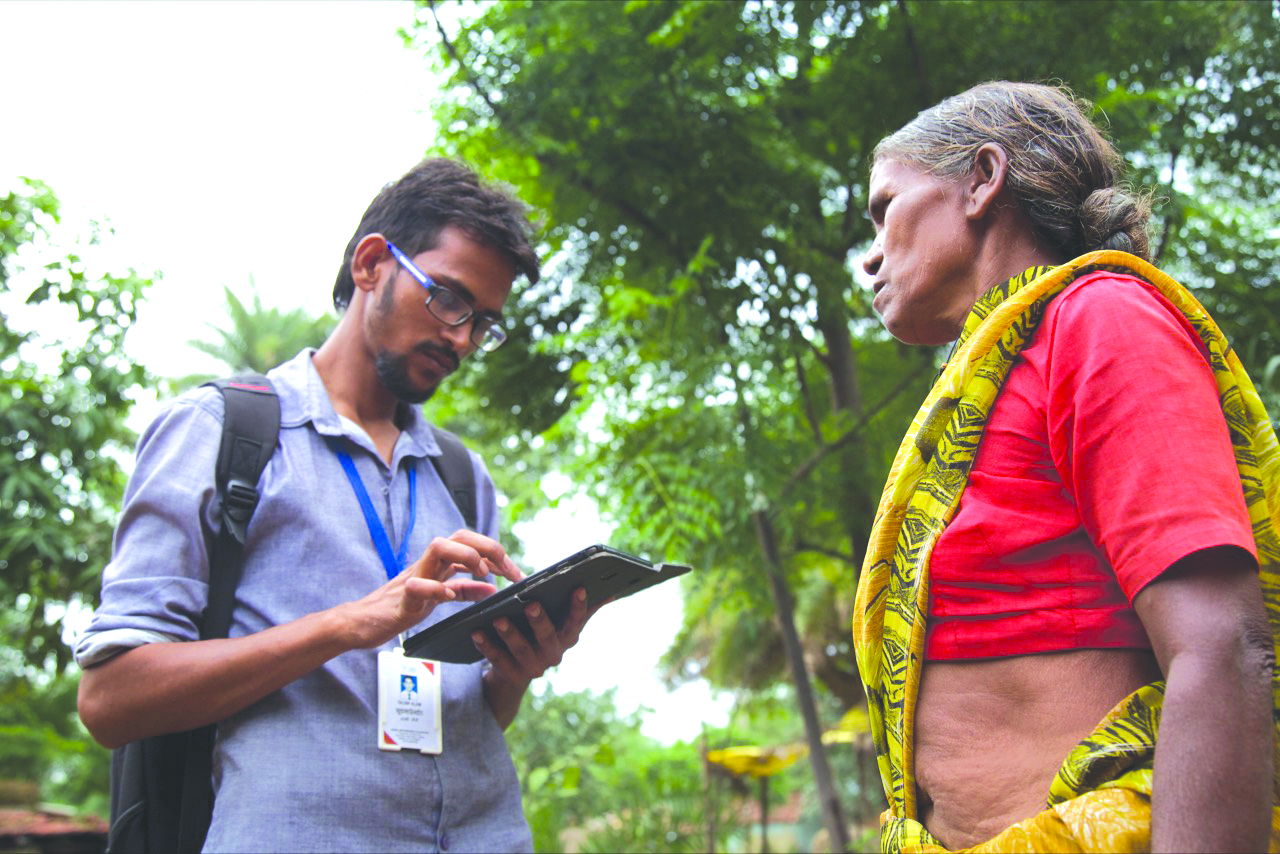 Access to reliable support provides an extra lease of life to those who may be isolated or live on the fringes.  Elderly, especially in rural India, hardly have any access to information due to lack of digital literacy making them prone to vulnerabilities.  In his 60s, Uttarakhand’s Dhan Lal Pita could not even avail his pension despite being eligible for the same because the process entails a series of paperwork. Similarly, Nakhataram and Haua Devi lived an impoverished life due to lack of any financial support. Soochna Seva team, however, has been helping them out of it.

Dhan Lal Pita’s pension was still on hold, even after completing all the formalities three years ago. Now a daily wage labourer, Pita was finding it difficult to meet ends meet and lack of pension benefits added to his troubles.  He got to know about the Soochna Seva camp organized in the village and decided to pay a visit in hope of a resolution. “I have not received pension since three years, despite being eligible for one,” Pita told the Sevaks. On checking his identity card and ration card, the team was surprised to discover what he said was true and even after being eligible for pension; he has not received it yet.

The Soochna Seva team contacted the Sarpanch and the Secretary of the village panchayat and requested them to submit Pita’s documents in district panchayat.  The team kept a regular check on the proceedings and followed up with the district panchayat.  To Dhan Lal Pita’s surprise, within few days he got his pension deposited in account.

He immediately rushed to the Soochna Seva Kendra and thanked the team for their support throughout. “It is an unusual day for me,” he said.

In a very similar story from Rajasthan, sexagenarian couple Nakhataram and Haua Devi lived in poverty due to lack of any sustainable source of income. Their children are married and live with their respective families away from the village, leaving the duo alone and helpless. The frail bodies of both the husband and wife cannot take up any more physical labour. On suggestion of fellow villagers, Nakhatram did apply for Old Age Pension but received no response from the authorities.

“We filed the application almost a year ago. Not once but thrice,” he informed the Soochna Sevak team. “Till now, even after multiple follow-ups with the Village Secretary, we have not received any response,” he added.

After listening to their problem, the Soochna Seva team examined all documents. Aligned with the mission of the project, the fellows invited the elderly couple to the Soochan Seva Kendra the next day. After gathering all relevant details their application was submitted to the authorities once again.

This time, the Soochna Sevaks followed-up with the authorities on a weekly basis, and within the next couple of weeks the application was approved by the Block Development Officer and soon after the couple started receiving their pension. Now Haua Devi doesn’t have to break her back at labourious job anymore.

During the course of conducting field visits and organising camps in villages, Soochna Seva team found that in Uttarakhand, only 58% of people have a bank account, out of which 20% are above 50 years of age.  Most of the people living below the poverty line do not even aspire to open a bank account for they think, like several other uninformed rural villagers that one needs to have a huge amount of money to open a bank account.

66-year-old Ram Charan Singh had to work hard in the fields in order to sustain his livelihood. Unaware of government schemes for the elderly, he did not even have a bank account. However, Soochna Seva team bunked all his myths and told him about the Pradhan Mantri Jan Dhan Yojana. With support and guidance of the Soochna Seva team, he opened his first bank account to avail benefit and entitlements of the scheme. The team also informed him about the Kisaan Pension Yojana as he was eligible for the same. Now, with the pension money, his family can lead a better life.