Putting information in the hands of rural population 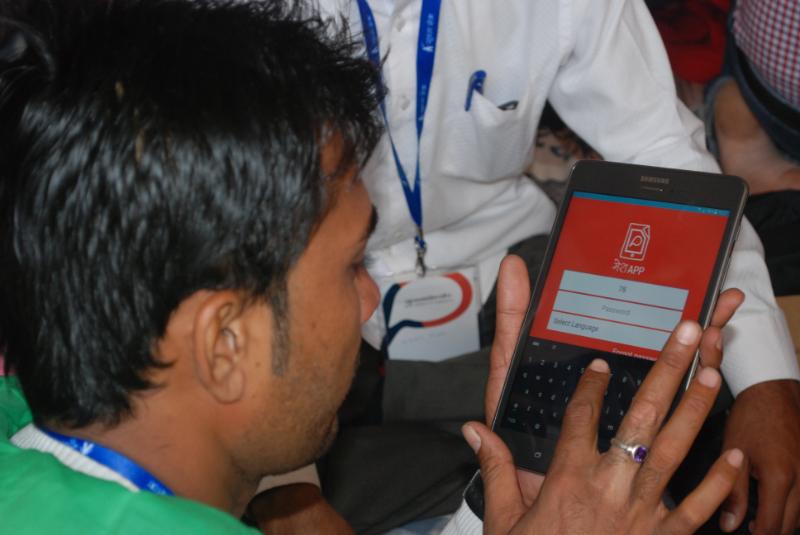 As much as 67 per cent of India’s population lives in rural India; and one billion Indians do not have access to the Internet. More than 300 million identified individuals fall under the category of below poverty line (BPL) who, by definition, earn less than a dollar a day. This is the same share of population that directly depends on access to government schemes or entitlements for some of their most basic rights.

Soochna Seva is a project implemented by DEF with support from the European Union to enable access to government schemes, services, entitlements for rural and marginalised communities of India.

Developed using cutting edge technology, the Android-based app provides rural India’s vulnerable population with a catalogue of welfare schemes, with comprehensive information on entitlements, in an effort to empower them with access to rights and benefits. Users, assisted by Soochnapreneurs (Information + Entrepreneurs), can either view the information categorised by provinces and welfare area or enter their socio-economic details to allow the app to display a list of schemes that suits the information fed into it.

Soochnapreneur is a rural entrepreneurship-based project initiated by DEF in partnership with Qualcomm and EU to empower the youth in the villages of India to sustain their livelihood by providing information to those living in information darkness.

A bilingual app that runs on online and offline modes, MeraApp has been envisioned as a platform to empower rural and remote populations with access to information and bring them closer to their rightful entitlements, thus bridging the digital divide and encouraging social and financial inclusion. Further, the app also allows users to submit grievances directed at various government portals and track the status of the complaint.

Mera app is medium to get one step closer to the last mile beneficiary and reduce rural poverty. The application is designed to increase and improve the access, delivery and quality of public schemes and services aimed at social and financial exclusion, mainly by bridging the gap between community rights and entitlements and state responsiveness to them successfully through timely information and channels.

In its second phase later this year, the app will be made available in a third, regional language and a larger group of rural entrepreneurs will be trained in using the app.