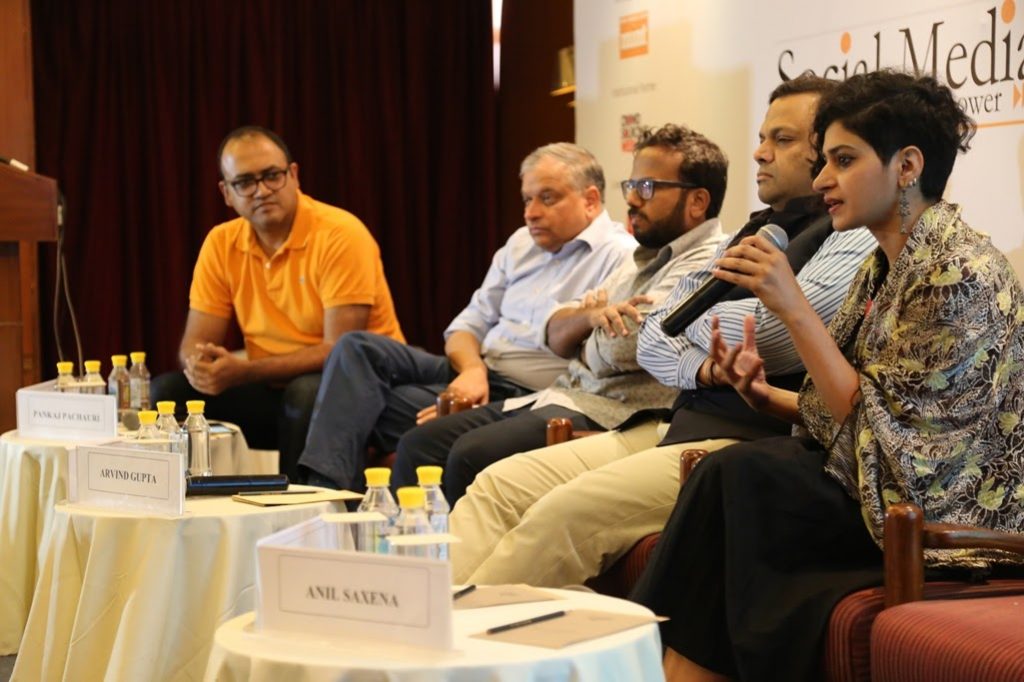 It’s incredible how social media has been able to bridge the gap between citizens and governance, society and social issues, victims and help, and service-seeker and service, among others. The power of social media is hard to dismiss today. What was once a platform to share photos with friends or follow celebrities has now also become a platform for accessing services, raising grievances and advocating for a cause. This is because social media has the power to connect and organise individuals and communities to disseminate information or views independently and in a free-flowing manner to billions of people, across different parts of the world, at an extremely fast pace and at no cost. Social media, in more than one way, adds to the democratic nature of a nation and strengthens it.

The Internet has become an increasingly powerful medium today to raise a debate, inform people about their rights person, create awareness on social issues, challenge stereotypes and change mindsets. We see a new hashtag every few weeks, trying to question a social, political or environmental evil. In so many cases, we have seen the power of crowd on social media forcing the authorities to take decisions to change laws, bring amendments and take cognisance of issues that they had perhaps been ignoring for far too long.

SM4E 2017 started with a welcome note by DEF Founder-Director Osama Manzar who shared that though he gets three newspapers every morning, he only reads the headlines while he depends on the Internet, particularly social media, to read the stories.

The discussion raised varying and interesting points, with a divided house on whether on not social media is polarising communities and if imposing Internet shutdowns or social media bans, particularly in the conflict state of Jammu & Kashmir, is the right way to tackle dissent and spread of possible rumours.

Sukumar stated that we are all mostly interacting with/following those on social media who share the same views as us or whose ideas resonate with ours.

The panel discussion managed to create a lot of buzz on Twitter and, at one point of time, #SM4E2017 was trending at No. 5 in India. Tweets from the day are available in this Storify.

In the afternoon, eight roundtable discussions was held simultaneously to allow Finalists of each category to interact with other Finalists in the same category in the presence of an Expert/Jury member.

Some of the key points discussed in these sessions were:

These discussions allowed Finalists to get a wider view of what all innovations are happening in the world of social media by their peers in the same area of interest as theirs.

One of the highlights of the day was the Keynote Address in the afternoon by Rajeev Mehrotra, Founder & Managing Trustee of Public Service Broadcasting Trust and Trustee-Secretary of The Foundation for Universal Responsibility of HH The Dalai Lama. A comment of his that resonated with all in the audience was that “social media is all about I, Me, Myself”. Mehrotra addresses several philosophical issues of social media in a changing world, and had the audience in a thinking mode throughout.

Mehrotra’s session was followed by an engaging show by mind reader, magician and hypnotist Nakul Shenoy; before Manzar took the stage to announce Winners, Special Mentions and Chairman’s Recommendations and felicitate them. SM4E 2017 had received 162 nomination this year from all over South Asia. Fifty-two of these initiatives were shortlisted as Finalists. Of these, 16 were awarded as Winners, seven received Special Mentions and three were recognised for Chairman’s Recommendation.

A complete list of winners can be seen here and photos from the day can be accessed here. The awards book, Social Media: People | Voices | Power — which was launched earlier in the day — can he read here.