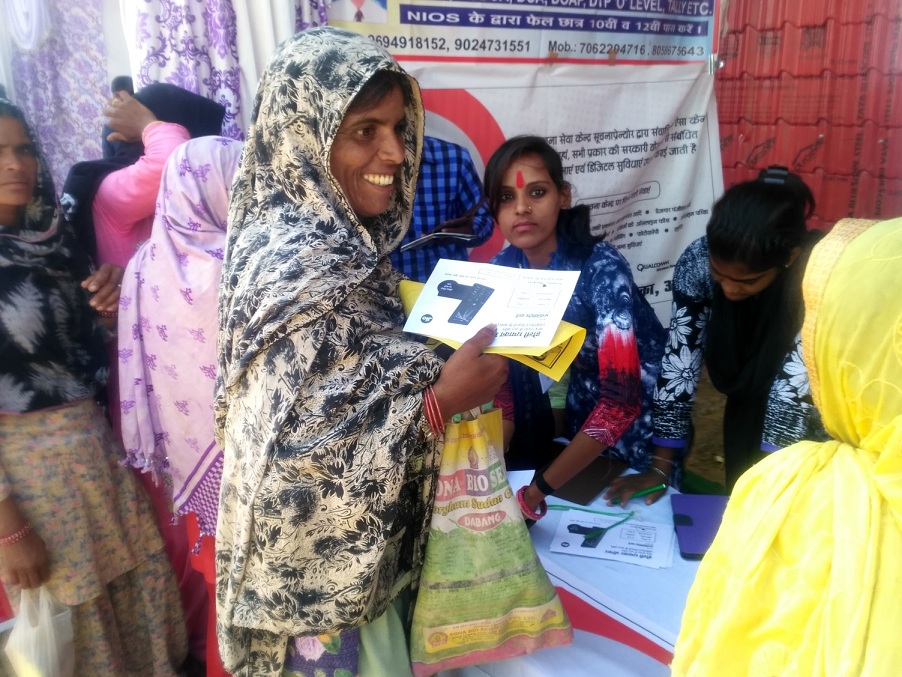 The International Women’s Day was celebrated with much enthusiasm on March 8 in Alwar city of Rajasthan. The occasion was celebrated at the local Police Adhiveshan Bhawan, which saw a participation from different civil society bodies, government representatives and women from rural and urban parts of the district. Several organisations that work with women had put up their stalls at the venue to create greater awareness about pertinent issues related to women and gender. DEF’s SoochnaPreneur team in Alwar, too, participated in the celebrations where they raised awareness about the various government schemes and entitlements that are available for women and girls.

Meanwhile, CIRC Jauhar Academy formed an all-girls cultural dance team ahead of the International Women Day. They took dance tutorials from YouTube by connecting their laptops to projector screens. On the day of the occasion, they then put up a performance, which was much appreciated by their peers and community members.

Several other CIRCs across the country engaged women and girls in various activities such as craft making workshops, painting competitions, card making for their mothers, and documentary film screenings.