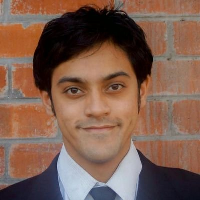 The Internet has had a transformative impact on human life by facilitating collaboration and interaction between individuals across different identities. Whether it is online browsing, reading a research paper, ordering a dress, interacting with friends, editing an image, engaging with peers over a not-for profit cause, availing e-government services or creating a balance sheet of your expenses, the Internet has made our lives more convenient. It has not only reimagined existing business models but also improved the transparency and accountability of various governance mechanisms.

But how did the Internet realise its potential as an open, widespread information infrastructure that promotes combinatorial innovation as well as securely connects men and machines across geographical boundaries? A cursory glance at incidents in Internet history which have occurred in the month of December might offer us some interesting perspectives.

To facilitate communication between any two individuals over the Internet, there is a need for an efficient mechanism to ensure that information can be transmitted between their respective nodes within a network in a predictable manner. If these individual nodes are hosted in different networks, there is need for an architectural framework which enables several networks to federate.

In this scenario, packet switching is an efficient mechanism to transfer information between any two nodes in form of packets. In an open architectural framework, the application of packet switching mechanism leads to creation of virtual circuits for transmission of each packet across federated networks based on real time network requirements. Specifically, a well agreed protocol between different nodes in any network ensures that information is transferred in a consensual and predictable manner.

In December 1968, a Request for Quotation (RFQ) was won by a group headed by Frank Heart at Bolt Beranek and Newman (BBN). It pertained to development of one of the key components of the Internet i.e. the packet switches a.k.a Interface Message Processor (IMP’s). This RFQ was released by The Defence Advanced Research Projects Agency (DARPA), an agency of United States Department of Defence. Thus, December 1968 marked the initiation of practical application of a pioneering theory in networking domain, i.e., packet switching.

Apart from facilitating an efficient federation of networks through special purpose interconnection arrangements between disparate networks, packet switching theory contributed to the application of an open architecture networking principles wherein the choice of any individual network topology is not dictated by a particular network architecture but depends on network provider’s choice. Since then, choice and trust lie at heart of the Internet public policy.

During the following years, more computational devices, a.k.a nodes, were added to the Internet. Work also proceeded on completing a protocol to structure the communication between different hosts. In December 1970, the Network Working Group (NWG) working under Steve Crocker finished the initial Host to Host Protocol i.e. the Network Control Protocol (NCP).

NCP was a precursor to the Transmission Control Protocol (TCP)-a more reliable communication protocol that provides better flow control and error control mechanism. During December 1982, all nodes with NCP were transitioning to TCP. Soon, TCP became the mandatory protocol for the Internet under the National Science Foundation (NSFNET) program. This eventually led to merging of several Internet based networks like NSFNET, ARPANET, etc., into a single unified Internet.

By December 1985, the Internet was already well established as a technology supporting a broad community of researchers and developers. Since December 1990, this community’s ecumenism and financial strength, rise of globalisation as well as the quality of communication protocols ensured that Internet evolved into an open, globally connected and secure information infrastructure. Soon, applications were developed on the Internet which enabled the Internet to become a test bed for innovation.

But the conceptualisers of open architectural principles and TCP/IP protocol realised that true potential of the Internet lies in empowering the user to shape its evolution. Accordingly, Bob Kahn and Vint Cerf set up the Internet Society in 1992 to promote the open development, evolution and use of the Internet for the benefit of all people throughout the world.

The role of Internet in development of an Information Society was soon realised by other non-technical, reputable intergovernmental organisations. In this context, The World Summit on the Information Society (WSIS) was the first major UN sponsored event to discuss the implications of emerging technologies like the Internet. Specially, the Geneva phase of the WSIS, in December 2003, acknowledged the growing realization that the Internet has evolved into a global facility available to the public and its governance should constitute a core issue of the Information Society agenda. An overall review of implementation of these outcomes was successfully conducted by the United Nations General Assembly in December 2015.

The month of December still continues to play a significant role in the evolution of the Internet. December 2017 has been a mixed bag .On the positive side, individuals across the globe will gather at Internet Governance Forum 2017 to shape their digital future. On the negative side, the Federal Communications Commission has just repealed the net neutrality rules which protected an open Internet.

The month of December not only signifies the end of a year but also heralds the start of a new year. As we enter a new year, the Internet community still faces some critical challenges – connecting the digital unconnected, violation of online human rights, etc. At Internet Society and Digital Empowerment Foundation, we are confident that the global Internet community will continue to come up with innovative solutions to overcome these challenges and safeguard the interests of their multiple stakeholders. Indeed, history will repeat itself – offline as well as online!