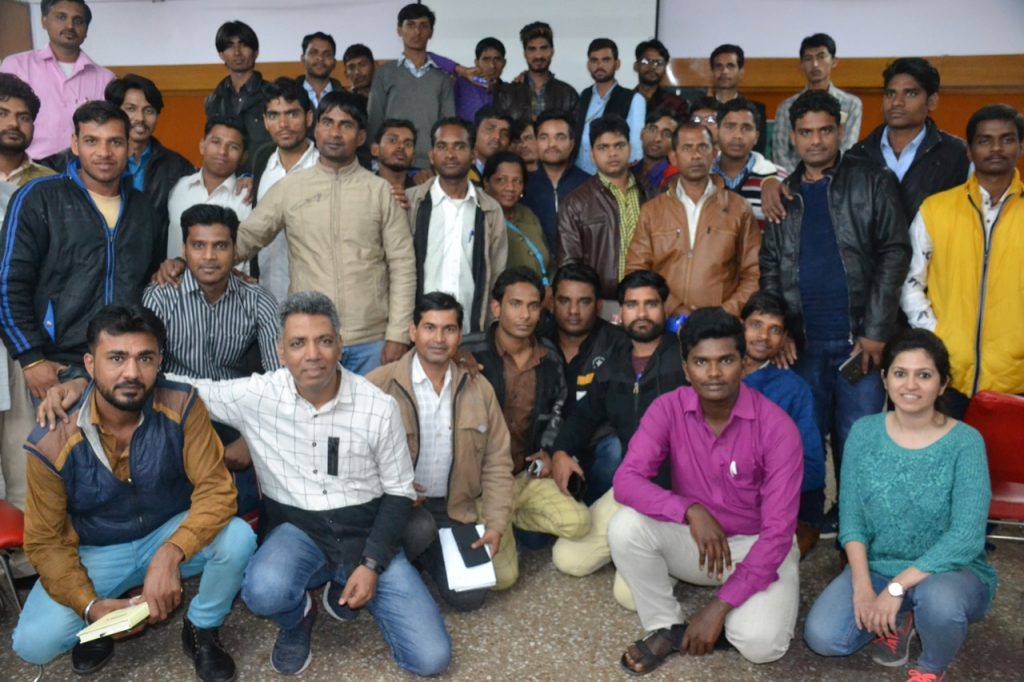 Keeping in mind the increasing vitality of fake news, misinformation and disinformation, DEF in partnership with WhatsApp, has been conducting awareness workshops benefiting the law-enforcement officials and the university students. At the end of the first leg of these workshops, on February 14-15, 2019, a two-day Training of Trainers (ToT) workshop was conducted with the vision of building a strong force of trainers who would spread awareness about misinformation and disinformation at the ground level. 92 participants (DEF field staff and members) to the workshop represented 12 states and 53 locations across India.

DEF has so far completed 40 workshops on ‘Fighting Fake news’ in 11 states, in the last four months, covering over 4000 people. The participants of the workshop were from local administration, law enforcement departments, civil groups, students, teachers, who are using WhatsApp extensively in their daily lives to share information.

Considering the fact that there are over 200 million WhatsApp users in India, we have only been able to touch a very small section so far. Since, WhatsApp is the easiest and most accessible and/or convenient medium of personal communication; this number is only growing by the day, as the penetration of smartphone is growing with data becoming ever so cheap. Hence, much more needs to be done, and fast.

It’s imperative that a cadre of trainers is created across India who would continue to spread awareness at the ground level on a war footing, while identifying potential candidates, who would constantly join forces with the cadre.

Our observation and experience tells us that misinformation needs to be addressed more at the level of social-behavioural pattern of the people, than technology. People don’t give much importance to the concept of verification before sharing information with others. If it’s a sensational news, it has to be shared. They are incapable of seeing the broader picture beyond their own existence. This could also be attributed to some extent to not being fully aware of the power of technology. A toxic information that may have stayed within a limited group before the advent of social media, can go viral very quickly inducing people to react negatively causing serious consequences.

India is considered to be a digitally advanced country, which is fast on its way to becoming a digitally evolved country like Japan, USA and China. Digitally aware, advanced and evolved are three classifications that are decided on the basis of mature usage of technology in a country. Be that as it may, India does have a large population that is using technology in one form or the other, but when it comes to maturity, it still has a long way to go.

For a large population residing in semi-urban and rural India, who have got instant access mobile phones and Internet thanks to the cheap available data; sending and/or forwarding messages without verification is still the order of the day. Data privacy & security and end-to-end encryption are still concepts beyond the realm of their understanding. Hence, a strategy to reach out to this population is paramount, if we really intend to address misinformation, disinformation and mal-information in a constructive way.

When voices for change emerge from the community itself, it has more impact. The trainers were selected from various projects of DEF currently being executed on the ground such as SoochnaPreneur, Digital Cluster Development Programme (DCDP) and Community Information Resource Centre (CIRC), who came from the very community that we are looking to address and reach out to.

The training was in two parts – addressing the socio-behavioural patterns that contribute to the dissemination of misinformation, and recent technical modifications in WhatsApp platform to address the spread of fake news. The training was conducted by Ravi Guria, Deputy Programme Manager, and Udita Chaturvedi, Deputy Manager (Communications), who are spearheading ‘Fighting Fake news’ project in DEF. They used PPTs, videos and ice-breaking sessions to drive home the point. The tenor of the training was informal so that anybody could ask questions without hesitation. The participants understood the seriousness of the issue in the contemporary scenario, hence, participated and engaged wholeheartedly.

The trainers have gone back to their community and are training people. We only hope that this fight against fake news across India will become a self-sustained movement but we believe a collective-measure is the need of the hour and by only then can this issue be dealt with.