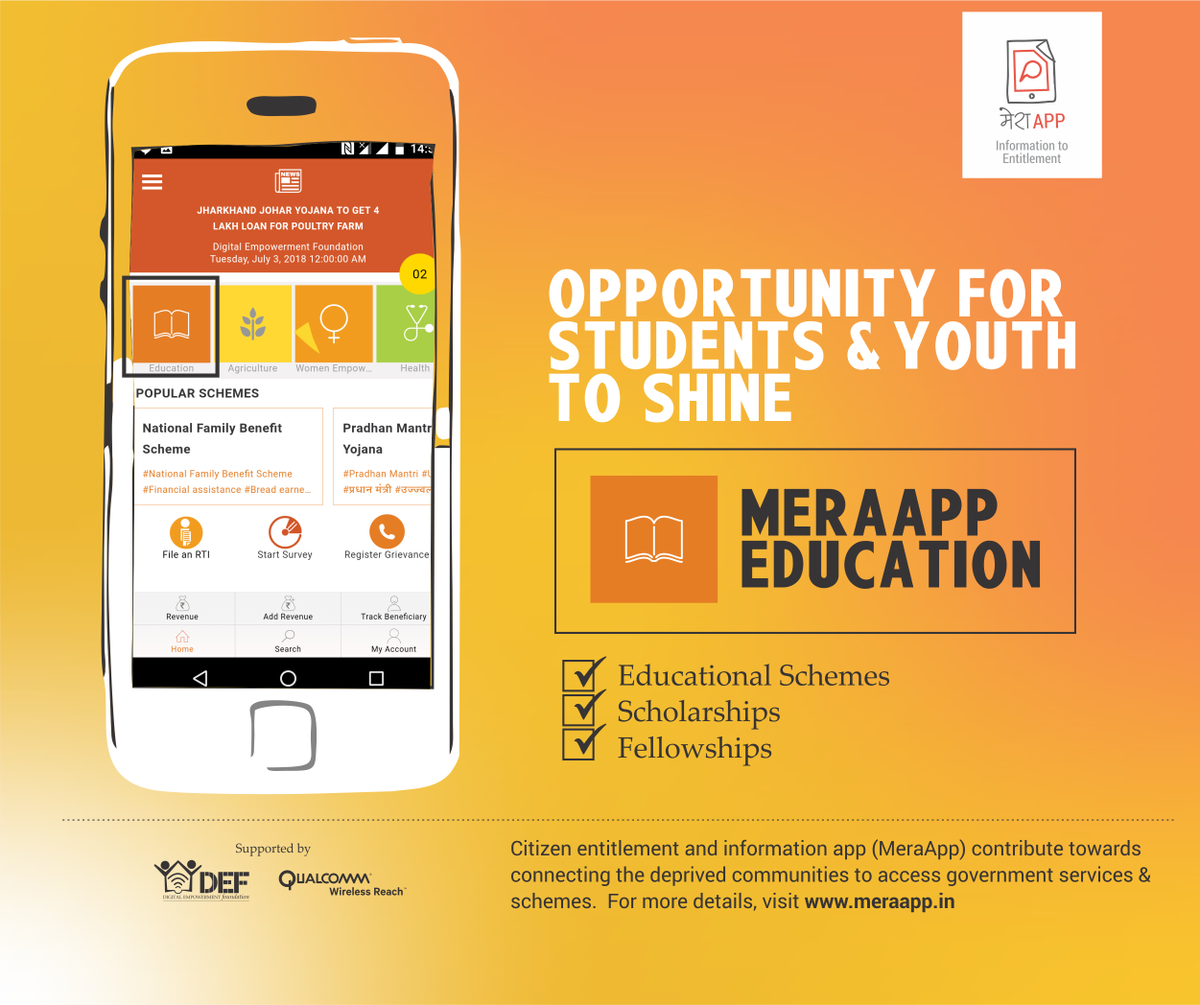 Like Nitika and her brother Himanshu from Tipli, many children from remote villages in Uttarakhand get limited or no access to education. Poor financial circumstances and lack of proper counselling often force them to drop out of schools. Very few get to attend colleges. Their father, an MGNREGA wage earner, is the sole bread-winner. With the help of Soochna Seva team equipped with MeraApp, Nitika could finally apply for financial assistance for her education. The team also helped them fill the application form. “Now we can study further without worrying about expenses”, she thanked Soochna Seva team for their efforts and guidance.

Nitika and her brother Himanshu attend a government school in Uttarakhand’s Tipli village. Both are very good at studies but at times their future looks shady to them. Poor financial condition at home makes it difficult for them to concentrate which makes them often think of dropping out to help the family financially.

Their father Kushal Singh is dependent on Mahatma Gandhi National Rural Employment Guarantee Scheme (MGNREGA) for income. His daily wage feeds the family of four. The rural employment scheme provides a legal guarantee for 100 days of employment in every financial year to adult members of any rural household at the statutory minimum wage of Rs 60 per day. It was through the Soochna Seva team that he got registered under MGNREGA at the Labour Department a few months back. A provision of financial assistance for the education of the beneficiary’s children is among many supporting benefits for the registered construction labourers. At present, the benefit extended is of Rs. 200 for wards between standard 6-8 and Rs 250 for standard 9- 10.

Nitika approached the local Soochna Sevaks to find out more about it. To her surprise, the team took the initiative to fill their forms and sent it to the concerned department. After a few days, the scholarship claim for both of them was approved.  This has also lessened the number of responsibilities on their father. Kudos to the Soochna Seva team as their help has granted the family knowledge, prosperity and happiness! “Now we can study further without worrying about the expense”, said Nitika. They thanked Soochna Seva team for their efforts and guidance.

In a very similar story, Rajesh Singh and his friend Manjeet from Kangsali village who dreamt of pursuing hotel management after high school, had to drop their dreams because of family’s poor financial condition. A farmer, Rajesh’s father could not spare Rs 50,000 for his tuition. After all, he had to raise his family of five on that agricultural income.

Soochna Seva team came to know about the village’s situation and organised a meeting for village youth where they spoke about various career opportunities. They also spoke about hotel management. Rajesh heard about it and requested the team for further guidance in pursuing his dream career. With the guidance of the Soochna Seva team, Rajesh and Manjeet were selected on merit basis for a hotel management course. Their fee is nil and parents extremely happy. They are highly obliged to the Soochna Seva team for their consistent efforts to benefit the village people.