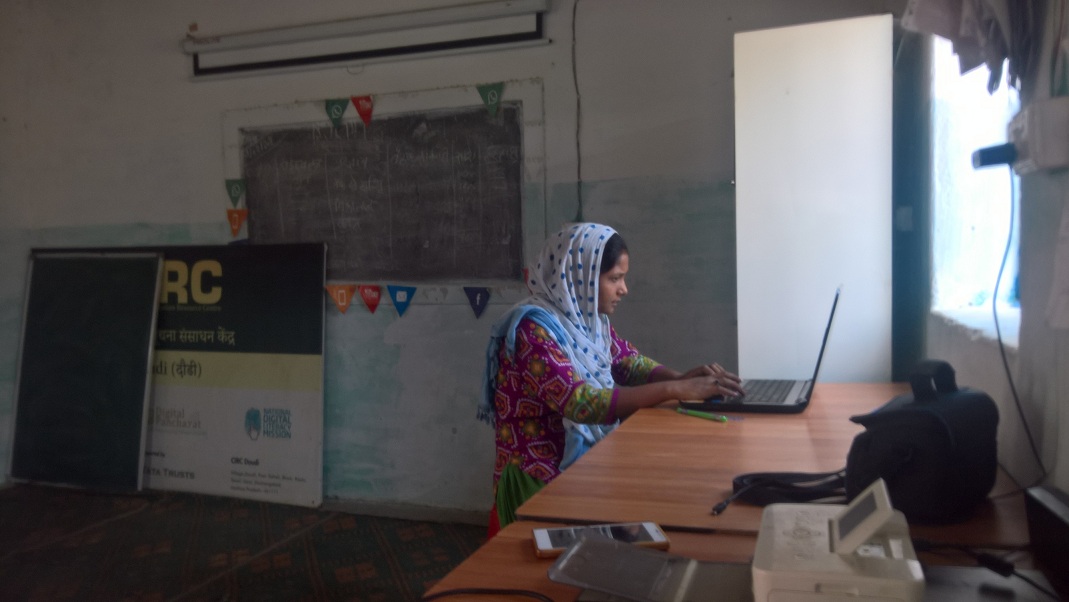 Rinki Bakoriya, an entrepreneur at CIRC Doudi in Madhya Pradesh, is leading her village towards transformation by empowering the community with simple but integral information services. From a small digital infrastructure hub, she offers a range of services to community members, including digital literacy, access to digital services such as photocopying and printing, and information about government schemes and entitlements. This has built a reputation for her, and the community members hold her in high respect. Most recently, she not only informed the villagers about relevant government schemes for irrigation but also helped several of them fill in an application form for the same.

In another attempt, she tried to advocate with the local electricity department to provide a connection in her village, which had been disconnected for several months. For this purpose, she organised a large group of children, parents and senior citizens to sign a letter that was sent to the authorities. She then followed up with an online complaint on the MP Samadhan portal, stating that children were unable to prepare effectively for board exams due to constant black outs. This complaint was immediately noted by the government, and power supply reinstated in the village the next day. Children are no longer restricted to studying only in the day light or struggling in the heat without a fan for air circulation.